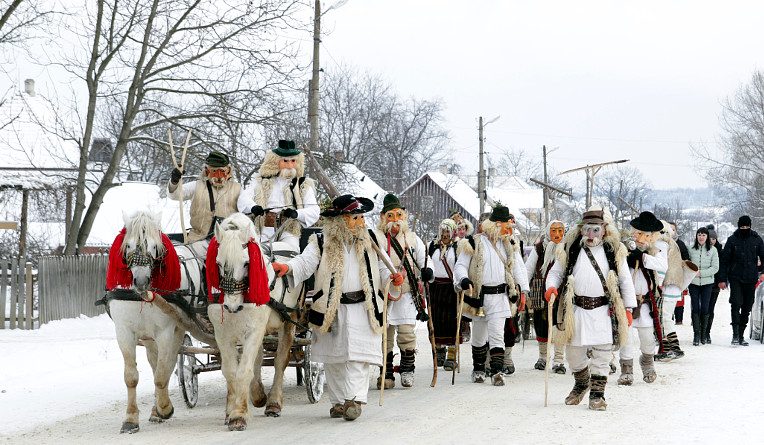 – It’s a sin to knead the clay on the Varvara celebration day!

– But it’s a kind of women’s holiday, isn’t it? Then, we plan everything for tomorrow.

– How can it be for tomorrow? Tomorrow – is Sawa’s celebration day. We will not cut or saw anything.

– Well – so we will do everything the day after tomorrow.

– The day after tomorrow – is a Saint Nicholas Day. A very big holiday, everybody celebrate for two days.

– Remains Friday. We don’t have enough time – we’ll have to work on the weekends.

– This will not work out. On Saturday – is Saint Ann’s celebration, a big holiday. We do not work.

Ukrainian Bukovina is a moveable feast. It sounds ridiculous, until you have to explain to international partners that people from Bukovina, if desired, can easily find a reason to avoid working in favor of the celebration on any given day of the year. Nothing is celebrated like religious holidays. Independence Day, New Year or National Remembrance Days are only days in the calendar. But, Saint Andrew, Maria or Ivan is a generally recognized days when it is forbidden to cut, chop, saw or even go somewhere outside the house or church. Three hundred sixty five holidays a year, 133 days are indicated in the church calendar as important (that is, on such days – nobody works). More than three times a year, the feast of St. Ivan, Andrew, and Nicholas are celebrated.

In addition to the holidays indicated in the church calendar, there are so-called “Temple Days”. The Temple Day is a holiday of a particular village. The formal occasion is the celebration of the saint, in whose honor the main local church is named. Such a Temple Day takes place in the village once a year and is considered almost as the main day of the village. When this day ends, it became a good tradition to visit the same Temple’s Day celebration in the neighboring village. Now, after the Temple’s Day in the village of Beregomet, the Bukovinians attend the Temple Day in the town of Storozhinets, and the residents of the village of Banilov visit the feast at the neighboring village of Sloboda Baniliv.

The tradition of celebrating religious holidays significantly affects business activity in the region. Everyone understands this, but nothing can be done about it – The people are made this way here: “where the water flows, where the wind blows”. During the church service in honor of the current holiday, the Father in the church announces the next one, which approaches and reminds everyone which things you should not do on this day.

Work shift. Another working day and another holiday. Holidays are divided into “big” and “not so much.” If it is a holiday, but “not so much” – the work shift is in order, but if your work depends on local suppliers outside your company – the work is suspended due to this holiday.

On holiday day Bukovinians attend church service at 09: 00-10:00, and then “go on own business’’. Some go to the administration, others – to the bank. “This is not like you have in Kyiv (capital of Ukraine) – everything works, here – go and try to find where the required person went…” At three-four p.m., everybody start to drink. If the holiday is big – everybody drink from one to three p.m. (during so-called “green holidays”, everybody drink more than a week). Now, along the road, at 14:00-15:00, you can often see the first drunken connoisseurs of another “Anna”, “Ivan” or “Andrew”. 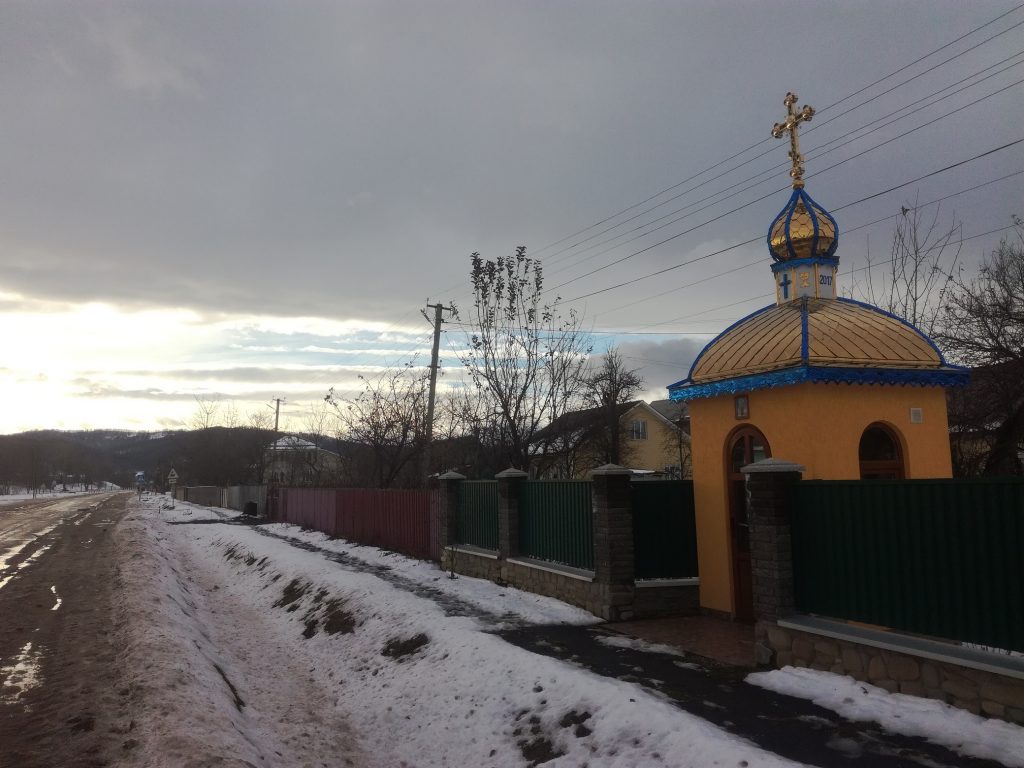 On the big holidays, Bukovinians “go to the huts (a name for local private houses)” – that is, they visit each other. At every home, a drink and a great snack are served. From the direct speech of a local resident – “until the Hutsul (“Hutsul” – is a name of a mountain man on the West of Ukraine) passes four houses – he no longer remembers to whom he went before.”

All this spoil the working environment and does not motivate to increase the international competitiveness. It is difficult to understand why, despite the deep religiosity of Bukovinians, it is impossible to continue the working day after a short service in the church.

Church leaders in local communities seem to have long been part of the “system.” Locals compete with each other to tell stories about the truly impressive resistance of priests to alcohol. “The Father took out a 2-liter bottle of 54-degree drink for three people. I barely came to the service the next day. In addition, he – served in the morning as if nothing had happened. When I came to pray at the altar – I knelt, he throws his robe at me. He asks – “are you sinful?” I said – “yes.” He started to pray. Moreover, after the service – we drank another liter for two of us at the church backyard. ”

In private conversations, local priests remind that they are “Father Michael” or “Father Daniil” only in church. In real life – they are simple “Vasil” or “Petro” and outside the church – they have farms on their own land and keep livestock. And they do not oppose drinking, “like any normal person.” The principal feature of priests is the absence of swearing. They do not approve cursing and always correct people who use it. In general, Bukovinians recognize priests as the most interesting people during the feast. Many people pass through the priests, they know many stories – and it is very interesting to drink with them.

Ukrainian priests differs from from widespread moscow priests by the fact that the latter are extremely fond of luxury. Here is the actual anecdote:

– I broke a leg in  jacuzzi

– Why does it smell alcohol?

– I’ve processed the wounds with it…..

Nobody wants to be more holy, than the pope. And Bukovinians have created an outstanding system, which goes from the “feast” to a “preparation for the feast”. Survival in these conditions implies moral strength. Each time, starting up a work for a shift on any feast, you are confronted with public condemnation. “Did you see? There is nothing saint in this people! To work on such a holiday…. “. 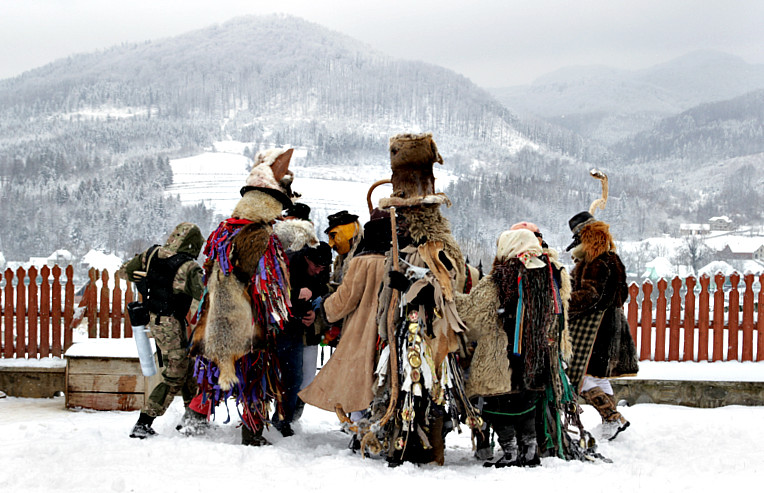 These things are not at all amusing when it comes to the need to fulfill contractual obligations to international partners. It is difficult to explain them such big number of unofficial holidays that actually stop the work of the enterprise. Our Bukovine colleague understands this and often obscenely criticizes this behavior, but does not stop crossing himself when each church or chapel appears.

Probably the tradition of religious celebrations in Bukovina is a cultural code that unites society. As in any business environment, conflicts arise between people. However, in the church, these conflicts do not matter. However, the price of this cultural code becomes too high. When the whole world prepares to fight for global competitiveness in the new year – Bukovina enters into a long celebration, starting with the celebration of St. Nicholas (December 19) through the unique in the world celebration of Christmas twice (December 25 and 07 January) and continues almost without interruption until the feast of Epiphany (January 19).

Therefore, if you are lucky enough to have worked in Bukovina, then wherever you go for the rest of your life, it stays with you, for Bukovina is a moveable feast.

– It’s a sin to knead the clay on the Varvara celebration day! – But it’s a kind of women's holiday, isn't it? Then, we…

Survival begins with values
Atlas’ Five Rules
Molto difficile. First impression on doing business in Veneto and Lombardia (Italy)
Partnership in business. Seminar of a millionaire from Kyiv
Mandatory symbol of the company New Year celebration in the Wild West of Ukraine
The survival lesson number one when trading with Italy. The most important.
Objectivism Ethics (based on Ayn Rand)
10 things on the economy of Italy