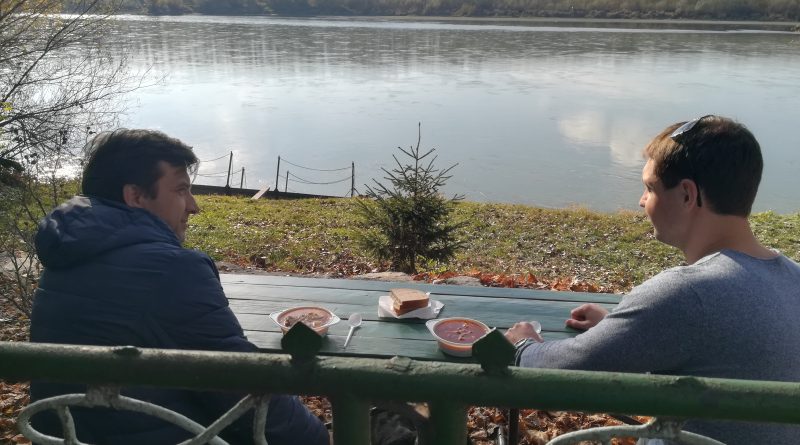 Surely, one of the most interesting and at the same time little-known places in Europe. There, on the other side of the Danube – Hungary. Here is one of the richest regions of Slovakia – Dunajska Streda. The locals owe their wealth to their geographical location and a well-developed scheme for earning on VAT.

The real goods must have a foreign origin – and the close neighboring Hungarian villages ideally suited to the role of exporter. Foreign low-valued goods of Hungarian origin with a low invoice value were arriving into the warehouse of company A from Dunajska Streda, which resold this good with a higher value to another enterprise B in the same city. Company B sold this product to Enterprise C, and Enterprise C to Enterprise D.

In each transaction, the seller provides the buyer with the invoice with VAT. In each case, the goods actually left one warehouse and were delivered to another, and local tax authorities immediately recorded this fact. The chain was completed when, after a long range of real trading, the goods, already with a high cost, were delivered to the latter in this chain – the fictitious company E, which actually received the goods but did not pay for them.

The goods turned out to be written off, the fictitious company disappeared. And the penultimate seller D, having received no payment for his goods, but having paid the seller C with VAT, received the right to ask for VAT refunds from the government. That is, I, as a company D, paid for the goods with VAT, received it and sold it to the latter, but I was not paid for it. Unpaid goods are my losses that no one compensates for, but this is not a problem when the last company in the chain – E – is an own structure. However, the loss of the VAT paid by me is a direct debt of the government to me. Each quarter, the “penultimate” in the chain demanded a completely legitimate refund of VAT from the government. Everyone in this chain carried out legal operations, for participation in which they paid 1% of turnover in the market.

Then, the scheme expanded. Goods were already coming not only from Hungary, but also from many other countries of Eastern Europe. Now Dunajska Streda could offer ready-made infrastructure – reliable companies and people who had already worked out this mechanism, ready-made warehouses that had long taken part in it, and cheap logistics – the quick and cheap movement of goods around the city became the basis of this business.

Where have gone all the goods bought by the last in the chain – is the mystery of the century. Some say that they went as humanitarian aid to the African continent, someone says that they are still in warehouses, but most have no idea. Entire estates grew due to the participation of owners in these operations. Today, after the introduction of electronic control of the entire chain of VAT payments, this scheme has become history. However, Slovakia remains perhaps the only EU country where obtaining a VAT number for the company is extremely difficult. Now, without a turnover of 50.000 euros during the last 12 months – the chances of getting a VAT number are almost absent. The so-called “voluntary” receipt of a VAT number implies that the company undergoes a strict audit by the tax authorities. You must confirm your “reality” – for example, by providing international contracts or by having a big share capital. The Slovak government no longer distributes VAT numbers, without making sure that the company is not a “one-day entity”.

It seems that the Danube coast keeps many interesting economic secrets.

Objectivism Ethics (based on Ayn Rand)
Atlas’ Five Rules
Partnership in business. Seminar of a millionaire from Kyiv
Libertarianism in one chart
Molto difficile. First impression on doing business in Veneto and Lombardia (Italy)
Serenissima: the culture of mediation
Bukovina - a moveable feast
The survival lesson number one when trading with Italy. The most important.