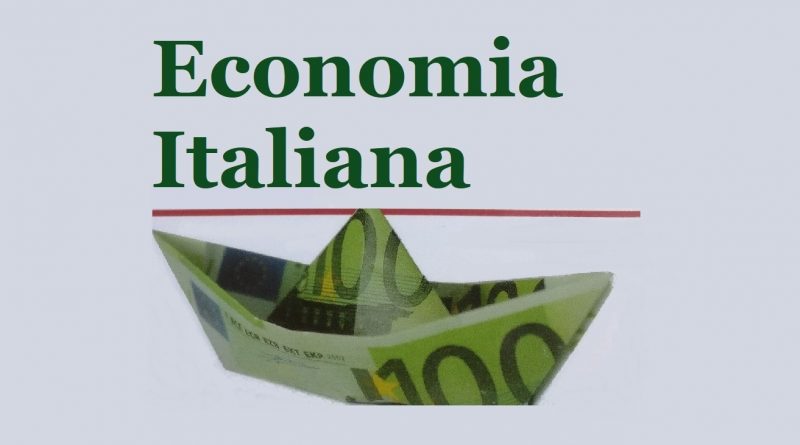 In 2015, the European Central Bank in Frankfurt bought Italian bonds through the Bank of Italy for about $ 100 billion, which helped Italy to keep low interest rates. An important role played the fact that the head of the ECB is an Italian Mario Draghi.

The debt of Italy is so great that each of 60 million Italians bears on their shoulders a burden of responsibility of 37 thousand Euros since birth.

Italy economy is characterized by the presence of debt over 130% of gross domestic product.

Three generations of Italian politicians renounced the solution of this problem, using state resources as an “ATM machine” to finance their own political tasks.

Another problem that slows down and weakens the Italy economy is a significant share of loans, whose borrowers are recognized as insolvent. Such loans Italian banks have been issued for over 170 billion Euros.

As a result, in order to save the bank Monte dei Paschi and Bank of Venetoa sum of 20 billion euros was allocated. The allocated funds have further increased public debt.

To solve the problem of poor quality of the loan portfolio, it is necessary:

However, the Italy economy is not growing.

Over the past twenty years, labor productivity in Italy grew by 0.3% annually. For comparison – in Germany for a similar period of time – by 1.5%.

Due to high taxes, job creation in Italy is becoming very expensive.

In addition, the factors of Italy’s low economic growth are the inefficient structure of the economy, significant bureaucracy and a complex legal system.

As a consequence, the Italy economy, which in 2017 showed an increase of 1.5% per year, is inferior to the leading EU countries, in which it averaged at 2.4%.

The main reason why the Italy economy does not grow is the absence of large-scale reform of the national economy, which had to be done 20-30 years ago.

An important reason is the inadequate preparation of young specialists in universities for market requirements. In Italy, only 44% of those who received a diploma – find work. In the South, only 26%. The average in the EU is 71%.

In Italy, there is a significant outflow of skilled labor.

In addition, the lack of an appropriate technological infrastructure (for example, lack of broadband connection) makes it difficult to create remote jobs, which would help save for businesses.

The problem of unemployment, which is now at 11%, can be solved only by increasing consumption. When businesses feel the increase of orders – they increase the demand for labor.

An important solution to the problem of unemployment can be the rejection of a collective agreement, the terms of which have been previously decided for each category at the national level, in favor of a flexible system of payment.

The labor market in Italy remains less efficient and productive compared with its closest competitors, and new technological innovations pose an even greater threat, leaving a number of traditional jobs in the risk zone.

In addition to bad credits, a number of inefficiencies – too many branches, many employees and high bureaucracy, characterize the Italian banking system. Therefore, large enterprises became the main and practically the only recipients of loans. This situation was building for thirty years.

The banking system of Italy was saved by the assistance of the European Central Bank, headed by the Italian Mario Draghi and Italy’s own government.

The main goal of the current banking system in Italy is to get rid of problem loans, rather than expand lending.

Because of their own sickness of bad credits, banks have become too slow and cautious in lending issues.

To normalize the situation, it is necessary to clean up the budgets of banks and protect depositors of banks and small bondholders.

In the near future, Italy expects large-scale mergers and acquisitions in the banking sector, which will lead to the creation of several super-banks.

Italian banks are relics of the old system, which pushed the country to the 126th place in the development of financial markets according to the World Economic Forum rating (as of 2016) and 120th in terms of ease of access of loans for companies.

Italy is one of the worst countries in the world by its ability to stimulate investments through its own taxation system. The country certainly does not have the highest level of taxation in Europe, but it is in the top with respect of taxes to salaries, which in 2016 amounted to 47.8%.

Taxes in Italy are high, there are many of them and they are constantly changing. A tax evasion is the visiting card of the country. The main reasons for evasion are too high tax burden and bureaucracy. In addition, the Italians have a sense of injustice due to inconsistencies in the quality of government functions and the level of taxation.

High taxation in Italy is a consequence of inefficiency of the state, large bureaucracy, excessive expenses, expensive pension system, high cost of keeping the state administration and inefficient health system.

As a result of a large external debt, Italy cannot afford to reduce the tax burden. A single tax of Salvini, on the contrary, will reduce revenues, increase debt and enrich the rich layers of population.

The reduction in taxes in Italy requires simultaneous cuts in public spendings and the revision of the Maastricht criteria.

In Italy, there is a solidary pension system – active workers pay checks to those who are currently retired.

In 2016, pension expenditures reached 270 billion euros, of which 190 billion euros were received through social security contributions. The difference was obtained from other taxes that were not intended to be used to finance pensions.

In terms of the ratio of expenditure on pensions to GDP, Italy economy ranks second in Europe after Greece. Italy spends 15.5% of its GDP on retirement, while in Europe the average is 11%.

The system proved its effectiveness with the ratio of 1 retiree to 4 working people in the sixties. However, today the ratio is 1 to 1, and pensioners will outnumber in the near future working people.

The Fornero (E.Fornero) law passed in 2011 authorized the conversion of the pension system from solidarity to privately funded, but meets serious resistance. To stabilize the system, it is necessary to increase the retirement age and establish payments equivalent to personal contributions, which at this stage will reduces pensions. It cannot please, but it is a forced step.

Now, 90% of pensions are calculated by the old or mixed system.

It is important that the political class and trade unions do not allow the dismantling of Fornero’s law (E. Fornero).

The Italian pension system is characterized by a number of injustices – high pensions for civil servants, too low taxes on gold pensions and generous payments to those who do not deserve them.

The only way out of this situation is to provide an additional private pension.

Italy pays 2% to holders of government bonds. At the same time, Germany – 0.4%. The market continues to think that the risk of a debt default in Italy is high. A small percentage difference in practice means billions of euros paid by the state budget.

According to CONSOB (the Italian Commission of Companies and the Exchange – the state structure of Italy, which is responsible for the regulation of securities and the activities of the exchange) – half of the Italian families own one or more financial instruments, regardless of whether they are funds, stocks or bonds. And the last decade CONSOB and the Bank of Italy are very effective in protecting the rights of depositors.

Prospects for the savings of Italians depend on further economic growth and stabilization.

After 2016, the EU experienced many blows – a referendum in the UK, in which citizens decided to leave the EU; infection of right-wing populism and political separation. The topic of immigration has become a key argument in the debate on the future of the EU project.

The consequences of the EU existential crisis are hard to predict.

A number of EU advantages – the absence of visas, the ability to travel freely, learn and work, the existence of the largest single market in the world without duties and borders – are now perceived in Italy as a daily occurrence.

A single Euro-currency in some cases is harmful, but it has brought great advantages for Italy. The consequences of the lack of a coordinated fiscal policy in the EU should be overcome by easing the Maastricht criteria (public debt is not more than 60% of GDP and the annual deficit is not more than 3%).

Italy is stuck in the euro. It is necessary to implement changes from within and, if possible, to seek changes in EU rules.

A survey of Italian citizens on the main problems of the national economy revealed a lack of confidence in the main representatives of the current political class. In most, the Italians vote “against all”, which indicates the separation, fragmentation of the electorate, uncertainty and mistrust.

If there is no renewal of the political class, Italy will remain a country trying to stay afloat, while the rest of the world is moving forward. Italian citizens are better than their politicians and deserve more.

Quotes from the book by Alan Friedman – Ten things to know about the Italian economy before it’s too late. Key ideas on the principal problems of the economy.

Molto difficile. First impression on doing business in Veneto and Lombardia (Italy)
Bukovina - a moveable feast
Mandatory symbol of the company New Year celebration in the Wild West of Ukraine
Atlas’ Five Rules
Libertarianism in one chart
The survival lesson number one when trading with Italy. The most important.
Partnership in business. Seminar of a millionaire from Kyiv
Survival begins with values